June 9, 2014....Palo Alto, Calif. – Measure AA, the Peninsula’s historic open space preservation measure, officially claimed victory today, winning more than 67 percent of the vote throughout the Midpeninsula Regional Open Space District, better known as “Midpen.” The measure needed 66.7 percent to pass.
Voter approval of Measure AA now authorizes Midpen to issue bonds of up to $300 million to add 200 miles of new trails, increase recreational access for residents of all ages and preserve and restore thousands of acres of open spaces, forests, watersheds and farmlands throughout the Midpen district, which stretches 550 square miles from Los Gatos and East Palo Alto to north of Half Moon Bay.
“Peninsula residents have just made an incredible investment in the future, preserving the beautiful open spaces that make this region so special,” said Walter Moore, president of the Peninsula Open Space Trust, which, along with the Sempervirens Fund, served as Measure AA’s chief sponsor. “It is terrific to live in a place that puts such a high value on protecting our scarce natural areas for future generations, and we’re incredibly grateful to this community’s strong support.”
The funding approved by Measure AA will support 25 key projects identified through an extensive public planning process as providing the broadest public benefits. An independent oversight committee will ensure that funds are spent as promised. 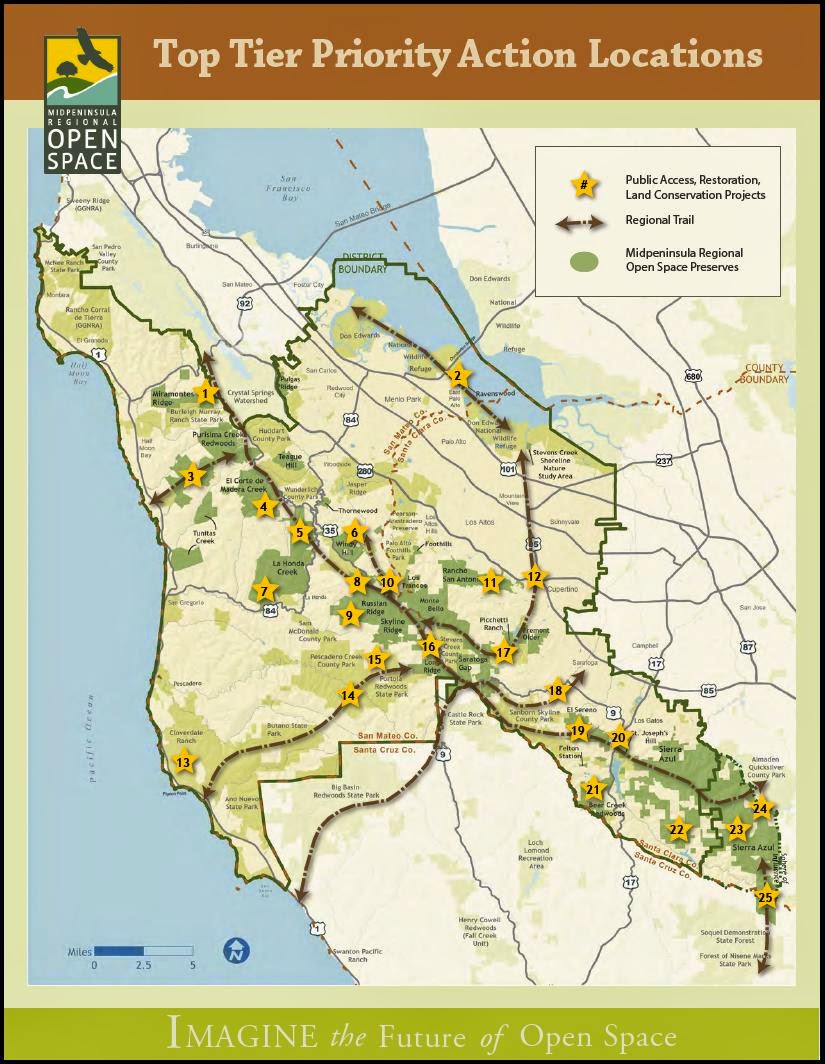 Support for Measure AA was widespread and included nearly all the elected officials, community groups, chambers of commerce and housing advocates on the peninsula, as well as more than a dozen local newspapers and media outlets. Representatives said overwhelming community support and help from committed volunteers brought this measure over the challenging two-thirds majority needed to pass.
"We want to thank the thousands who shaped the Vision Plan and supported Measure AA--those who visit the preserves and use the trails, conservationists, parents, educators, employers and many, many others, who voted for the health of our environment and the health of our community,” said Steve Abbors, Midpen General Manager, “Now it’s our turn, we're hitting the ground running, and we look forward to the day in the near future when we come together again to celebrate the completion of the first Measure AA-funded project."
For a complete list of the 25 top open space projects that will benefit from this measure, click here. For details about Midpen, visit www.openspace.org.
Posted by Rex Frankel at 9:09 PM No comments: