Another $6 million needed to save L.A. Landmark mountain...

Owner agrees to option to sell 140 acre Mount Cahuenga in middle of L.A. for $12 million 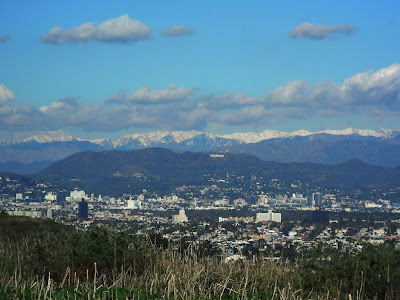 The mountain is immediately west of the "Hollywood" sign, and would be added to L.A.'s Griffith Park if the deal if finalized. (click on photo to enlarge--both photos are copyright Rex Frankel) 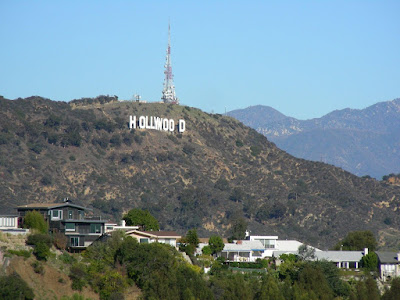 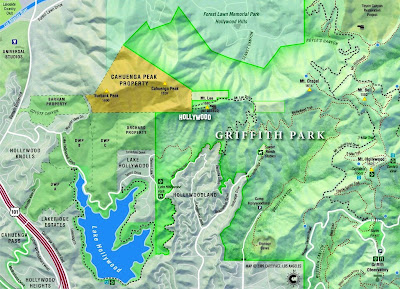 Is the Price too high?

LOS ANGELES, Feb. 8, 2010 - The view of the world-famous Hollywood Sign will be protected by purchasing Cahuenga Peak, the 138 acres behind and to the left of the sign which could have been developed into luxury homes, The Trust for Public Land (TPL) announced today.

"With the support of donors such as The Tiffany & Co. Foundation, TPL and its partners are in a campaign to raise a total of $12.5 million by April 14," said Sam Hodder, California State Director for TPL. After the purchase, which will cost $11.7 million, the land will be added to Griffith Park, the nation's 4th-most-visited park.Some of Hollywood's biggest stars have also agreed to lend their support to the campaign including Julia Louis-Dreyfus (New Adventures of Old Christine), Academy Award Nominated Actress Virginia Madsen, Tippi Hedren, John Slattery (Mad Men), Aisha Tyler (FOX's 24), Julian McMahon (FX's Nip/Tuck), James Kyson Lee (Heroes), Beau Garrett (Fantastic Four) and Katherine Morris (CBS's Cold Case).

"This is a once-in-a-lifetime opportunity to purchase a spectacular property in the middle of one of our biggest cities. Opportunities like this simply do not come along very often," Hodder said.
The land was purchased by industrialist Howard Hughes in 1940 to build a home for movie star Ginger Rogers, his intended bride. When that relationship ended, Hughes kept the land, and in 2002, his estate sold it to the investors who now own it. Two years ago, they put it on the market for $22 million, but it hasn't sold. It is zoned for four homesites....
Posted by Rex Frankel at 5:05 PM