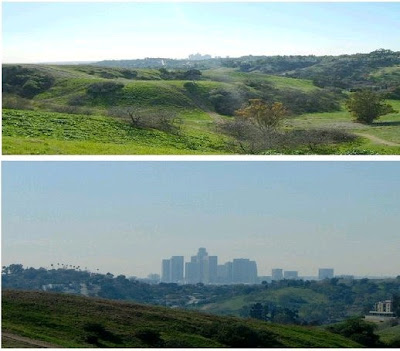 On Tuesday, November 3, 2009, the Los Angeles City Council voted to settle a lawsuit filed by developer Monterey Hills Investors (MHI) in 2007 after being required to undertake additional environmental review of a controversial development of 24 luxury homes on Elephant Hill in El Sereno. As part of the settlement, the City agreed to pay MHI $9 million to acquire approximately 20 acres of hillside open space....Additional thanks are in order – first to the hundreds of residents and allies who took action to demand equal environmental protections for our community. To Doug Carstens of Chatten-Brown & Carstens and Tim Grabiel and David Pettit of NRDC for their exceptional, pro-bono legal services.

And more from our site:
http://rare-earth-news.blogspot.com/search?q=elephant+hill

Also, an older staff report on it from the SMMC:
http://smmc.ca.gov/pdf/attachment803_Staff%20Report.pdf

and from the L.A. Times:
http://latimesblogs.latimes.com/lanow/2009/11/la-council-votes-to-buy-land-in-el-sereno-for-9-million-to-settle-lawsuit.html 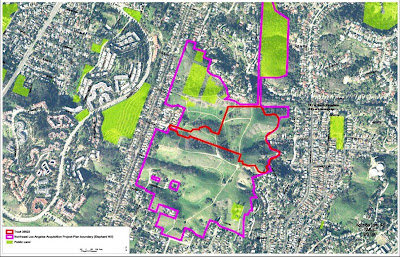 the map above shows the 110 acre Elephant Hill which the City and State are interested in buying to save as parkland. The area within the red border is the 20 acres that was threatened with development and was purchased this week by L.A. City.
Posted by Rex Frankel at 9:31 AM