AUBURN-- A rare gift of 28 acres of wild forest just north of the city limits has sparked charges of racism and has pitted environmentalists against social activists. The land known as Shockley Woods was bequeathed to the Auburn Recreation District with $50,000 for upkeep and one condition: It must be named for a man who believed African Americans are inferior and should be paid not to reproduce… 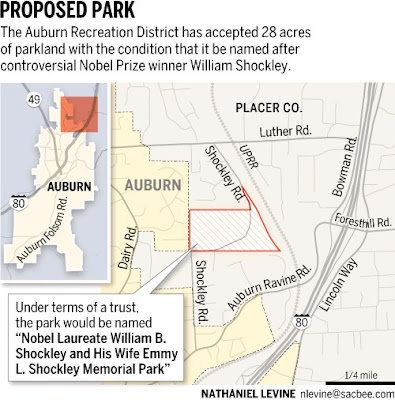