Friday, June 6, 2008--This morning's decision by a Texas bankruptcy court judge to hand the 200,000 acres of Pacific Lumber's Humboldt County forests over to a creditor's group led by the Mendocino Redwood Company means that Californians will be running our largest remaining privately-owned redwood forests. Mendocino Redwood co. is the largest timberland owner in Mendocino County, having acquired those lands a decade ago. Over a month ago, Charles Hurwitz's Maxxam corporation dropped their own bankruptcy reorganization plan and agreed to accept $2.5 million in exchange for supporting the plan backed by Mendo. Redwoods Co.

Maxxam has profited over the last 20 years to the tune of between $1.5 to $4 billion from clearcutting ancient redwood groves, depending on which news account you read. Thousands of people have joined in civil disobedience and tree-sits to halt Maxxam's "liquidation logging", which has not only decimated the local economy by using up the natural resources too fast, but also wrecked the company itself.

There's a big parallel here with the energy crisis faced by Californians in 2001, in which multi-national power companies PG & E and Edison International sold off most of the state's electrical power plants to Texas based power firms, which faked a power shortage and jacked up rates, leaving the price-controlled local subsidiaries of PG & E and Edison bankrupt. The only reason the local power companies were bankrupt is because they had transferred several billions from the sales of their power plants to their parent companies, and could not absorb the impacts of the electricity deregulation law that they wrote and shepherded through the state legislature in 1996. The parent companies didn't go bankrupt, however, and kept all these billions of dollars, while the local ratepayers and taxpayers got screwed and had to take the entire burden of keeping the local power system in business.

So while Maxxam is not running Pacific Lumber anymore, what the bankruptcy case doesn't resolve is where did all the billions of dollars from Charles Hurwitz's 20 year disastrous reign go? 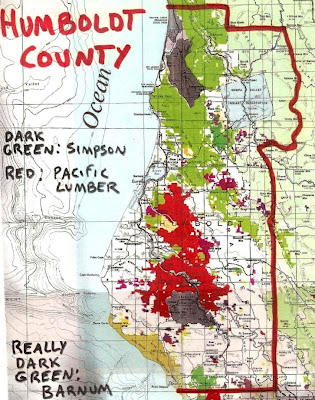 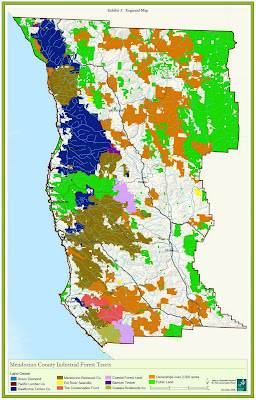 After 23 long years of fighting Maxxam's destructive policies in Humboldt, we can finally wave goodbye to Charles Hurwitz. Please take a minute to read the press release below, that we sent out to media earlier today.

The Mendocino Redwood Company will assume control of Pacific Lumber. While the bankruptcy judge hasn't ruled yet, he did indicate his intention to confirm the MRC/Marathon Reorganization plan.

This is a better time than ever for people to engage in local issues. Even with Hurwitz and the extreme liquidation logging practices of Maxxam's PL out of the picture, we face extraordinary challenges to ensure a healthy environment and stable economy for future generations.

EPIC would like to invite you to get involved!

The opportunity is ripe this summer to rekindle a movement in Humboldt to protect our natural legacy.

Thanks for all of your continued support!

To get more involved with EPIC projects, please contact Kerul Dyer at epic@ wildcalifornia.org or call 707.822.7711. To make a secure online donation, go to "support" at our website at http://wildcalifornia.org/. We need your support!

After the ruling is filed, within a few weeks the Mendocino Redwood Company will take over Pacific Lumber operations, including logging on lands now held by the Scotia Pacific Company and the Pacific Lumber mill in Scotia. The Environmental Protection Information Center and the Sierra Club have battled Pacific Lumber’s destructive logging practices since Texas-based Maxxam Corp took over the timber company 23 years ago.

“At long last, Maxxam is gone,” said Sam Johnston, Private Lands Campaigner for EPIC. “This marks a new era for both the people and forests of Humboldt County.”

“This is a positive development for the forested watersheds and people of Humboldt County,” said Paul Mason with the Sierra Club. “We look forward to working with a company that has a much stronger track record of responsible management than its predecessor.”

To protect the ongoing health of the local community, the local economy, and the working forests of this region, Sierra Club and EPIC hope to see: 1) no more cutting of old growth, (2) recovery of species habitat, (3) use of selection harvest methods (4) permanent maintenance of timberland, and (5) permanent protection for key resource areas, such as the Marbled
Murrelet Conservation Areas.

Sierra Club and EPIC are optimistic that Mendocino Redwood Company can meet these challenges and recover this important area, according to Johnston.

“MRC inherits a landscape that has suffered grievously from more than two decades of serious abuse,” said EPIC’s Johnston. “We appreciate MRC’s background in restoration-focused forestry, and want to work with MRC to build a truly sustainable timber company for the long term. MRC needs to make dramatic changes from Pacific Lumber’s practices to fulfill the
commitments they have made.”

One of the first tasks MRC will face will be to deal with destructive PL logging plans already in the pipeline, such as the disastrous “Railcar” logging plan to clear-cut redwoods next to Humboldt Redwoods State Park. MRC also needs to perform extensive restoration work on damaged watersheds such as Elk River, Freshwater and Bear Creek.

The decision, expected to be finalized later today, resolves vast uncertainties that had loomed heavily over the bankruptcy proceedings as creditors staked their positions about who should take over Pacific Lumber and its subsidiary, Scotia Pacific. Pacific Lumber’s abandoned plan would have subdivided and sold some 21,000 acres of prime timberlands for development. The plan by the largest secured creditors of the company, the “Noteholders,” would have entailed a risky auction that could have divided forestland and mill, or forced an inflated price resulting in
unsustainable harvest levels.

The MRC Plan comes closest to implementing the standards EPIC advocates for timber management in the Redwood Region. These standards flow from three core principles for timberland management: recovery of high-quality timberland and wildlife habitat for salmon & steelhead and other aquatic, terrestrial, and avian wildlife; recovery of an economy based on these resources and full integration of the region's human communities in these
efforts.

EPIC & Sierra Club look forward to working with MRC, and are pleased that Judge Schmidt and the bankruptcy court recognized that the MRC plan affords a solid opportunity to realize long-term, sustainable forestry.
Posted by Rex Frankel at 11:44 AM