Rocketdyne/Simi Hills to be Parkland

Deal is Reached to Save 2400 Acre Parcel That is Vital Link in Parks Corridor Connecting Santa Monica Mountains and Open Spaces in North L.A. and Ventura Counties 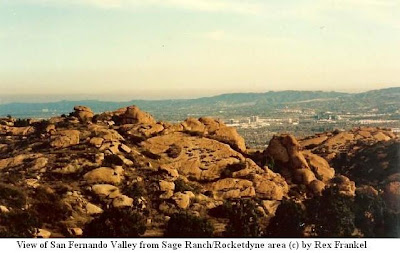 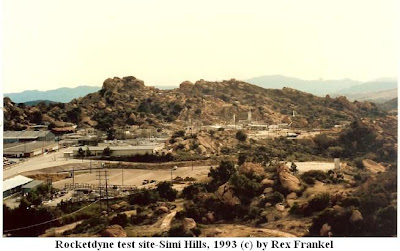 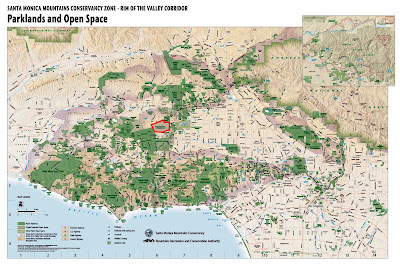 
SACRAMENTO - In a landmark deal cheered by local environmental activists, Boeing Co. has agreed to donate its contaminated Santa Susana Field Laboratory site in the San Fernando Valley to the state of California for use as open space after cleaning it up to state standards.

The deal, negotiated by Gov. Arnold Schwarzenegger's administration, also calls for the company to contribute $22.5 million over 30 years to an endowment fund to maintain the property as parkland.

Neighbors and environmental activists previously had been worried that the company would inadequately clean the property and then sell it to a residential developer, creating homes on contaminated land and stirring up toxic dust with construction.

But under pressure from legislation authored by Sen. Sheila Kuehl, D-Los Angeles, that would force a very strict standard of cleanup, the company decided to donate the land in exchange for a standard that is seen as slightly less restrictive, but still tougher than the current cleanup effort.

"I think Boeing, frankly, saw the writing on the wall," Kuehl said.

Kuehl's bill, which the governor also said he intends to sign as part of the package, prohibits the sale or transfer of the 2,850-acre property until it is cleaned up to state standards, which are seen as much stricter than the current cleanup under federal regulations.

Now that Boeing has agreed to turn over its property for open space, Kuehl said she will introduce new legislation that will allow the company and the state to negotiate a new standard that will supersede the one in her bill.

Boeing owns about 2,400 acres of the property, and NASA owns the rest. The company said it will work with NASA to acquire its land and also clean it up.

Soil and water contamination from the property, used in the 1940s for rocket tests and nuclear-energy research, has long been seen as a cause of health problems in the community, including higher-than-usual rates of cancer. The property is in the hills above Simi Valley and Chatsworth.

Schwarzenegger said the new deal should help protect the community.

"I am pleased to announce this historic agreement will benefit the environment, nearby residents in Ventura County and the people of California," Schwarzenegger said in a written statement. "I would like to applaud Senator Kuehl for her leadership on this issue and commend the Boeing Company for working with officials to come up with this solution that will protect the health of residents in adjacent communities."

Kuehl has been working for more than a decade to strengthen cleanup efforts at the facility and has introduced a handful of bills over the years that failed, in part due to heavy lobbying by Boeing.

Kuehl credited freshman Assemblywoman Julia Brownley, D-Santa Monica, for helping to "strong-arm" colleagues in the Assembly, where Kuehl has in the past had trouble getting legislation through.

In addition, support from two Republicans whose districts border the property, Assemblyman Cameron Smyth, R-Santa Clarita, and Audra Strickland, R-Camarillo, were seen as helping the bill pass and gain support from Schwarzenegger.

Boeing officials said the company was trying to be a good corporate citizen in agreeing to the deal. Spokeswoman Blythe Jameson estimated it will take at least 10 years to clean up the property.