Parks Agency to Buy 850 Acres that Stretches from the Crest of the Santa Monica Mountains to the Ocean at October 22, 2007 Meeting 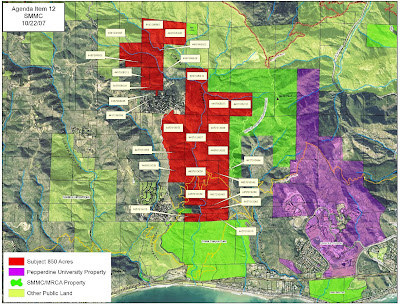 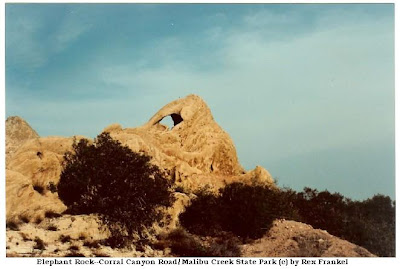 Upper Corral Canyon Has Been on the Conservancy's Wish-List for a Long Time
http://smmc.ca.gov

Staff Recommendation: That the Santa Monica Mountains Conservancy adopt the attached resolution authorizing a grant of Proposition 84 funds in the amount of $4,015,000 to the Mountains Recreation and Conservation Authority for the acquisition of approximately 850 acres.

The property owner is a willing seller, and the Trust for Public Land has already negotiated a
purchase agreement. The appraisal has been approved by DGS. Additional funds for the
acquisition will be contributed by the State Coastal Conservancy, the Wildlife Conservation
Board, California State Parks, the Santa Monica Bay Restoration Commission, and the Los
Angeles County Regional Park and Open Space District. The MRCA requests that the term of
agreement begin October 22, 2007 and end no earlier than December 31, 2008.
Corral Canyon is the last remaining coastal canyon in the Los Angeles County portion of the
Santa Monica Mountains with a contiguous band of natural land from the ocean to the crest of the range. This unique canyon encompasses Malibu Creek State Park in its headwaters and
Dan Blocker State Beach at the mouth of Corral Creek. The upper watershed supports dense
chaparral vegetation that transitions into a less woody coastal sage scrub closer to the ocean.
A mixed riparian woodland with white alders, California sycamores, willows, and coastal live
oak thrive around Corral Creek. Near Pacific Coast Highway, the creek broadens into a
gravelly flood plain with an open scattered mix of willow, mulefat and other riparian species
that adapt well to flooding. The last hundred feet of the creek upstream from the Pacific Coast
Highway bridge is subjected to tidal influence. The result is a small salt marsh characterized
by low growing salt tolerant plants. Many sections of Corral Creek retain year-round surface
water. A broad coastal bench located just east of the Corral Canyon trailhead supports some
of the best remaining coastal bluff native grasslands in the Santa Monica Mountains.
Posted by Rex Frankel at 11:09 AM